The family practices sustainable farming, following organic guidelines as much as possible and avoiding in general chemical treatments. The village of Escoussans, not far from the Gironde river, has alluvial soils with a mix of clay and limestone subsoils. Vines are on average 30 years old. Grapes are destemmed, and fermented on selected yeasts in temperature-controlled, stainless steel vats. Wine is aged in French oak barrels.
Three generations of the Descorps family have tended vines and made wines from traditional Bordeaux grape varieties Merlot and Cabernet Sauvignon on the alluvial plains of the Garonne, between Escoussans and Soulignac. This is true Bordeaux countryside, far away from the hustle and bustle of the city, where families make wines for neighbors and friends to enjoy with local cuisine. Since 1989, winemaker Laurent Descorps has crafted just one Bordeaux wine—a bold, juicy red rich in plum and red berry flavors—from his 25 acres. 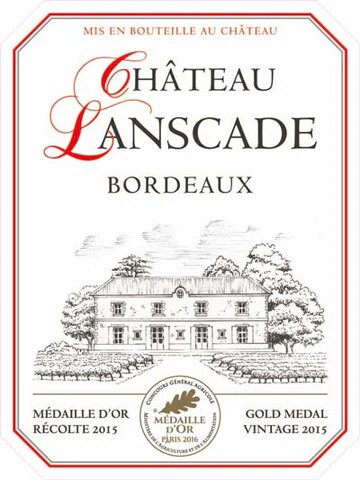 The size of Mattes-Sabran’s vineyards is a legacy of the estate’s ancient role as the seat of the duke of Narbonne. Yet vine-growing and winemaking here truly stretches back centuries; parts of the ancient Roman “Via Domitia” run through the estate.Mattes-Sabran’s terror can be divided into two parts: the first, smaller portion is located on the plains near the Berre River, on alluvial soils. The larger portion, higher up in the hills, includes both gravel-rich terraces with large quartz stones (seen most often in Châteauneuf-du-Pape) and plots rich in limestone. Grapes are fermented on indigenous yeasts in temperature-controlled, stainless steel tanks and aged in tank. In the langue d’Oc, a viala is a community or group of people living and working together. A red blend chock-full of rich fruit and suave tannins, ‘Le Viala’ drinks like theoretical blend of Châteauneuf-du-Pape and Cornas. 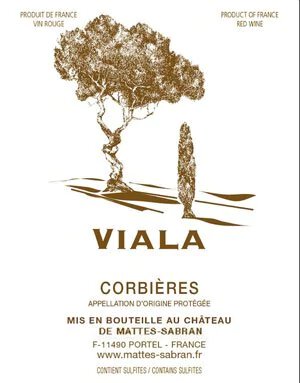 Ettore Anselmi planted the family farm to vines in 1937 and began to sell his estate produced wines after the Second World War in the local markets of Udine, Trieste, Verona and Venice. Today, his grandsons Giuseppe and Luigi run the estate. Luigi graduated from the famed enology school of San Michele in Trentino and studied at estates in Piedmont and Tuscany. The Anselmi family owns 400 Ha of land, of which 90 are planted to vineyards. The remaining land is used to farm grains, apples and veg- etables. The southern boundary of the farm is defined by the Stella Riv- er, which flows to the Adriatic and is part of a Natural Park. The farm is split into two parts: the largest part is in the Friuli sub-zone of Lati- sana, and the other is in the Collio DOC. Latisana is located south- west of Collio Orientale del Friuli and Collio is on the Slovenian boarder in the foothills. The farming is sustainable, with no use of pesticides or fungicides. Cover crops and mowing are used to maintain vineyard health. Soils are a fine mix of limestone and clay (marl). Dry farmed. 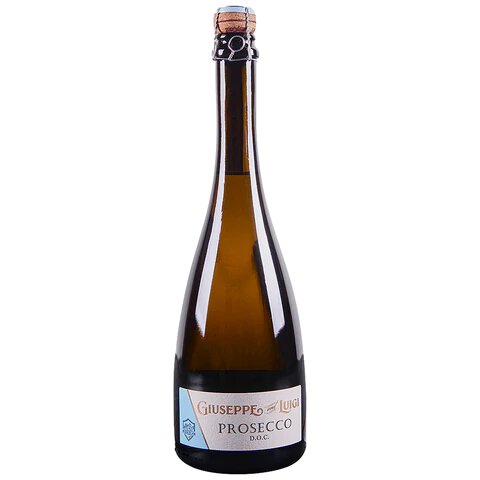 The Desbos family practices sustainable farming, adhering to organic practices as much as possible and shunning treatments unless absolutely necessary. Crucially, the family uses nearly no herbicides as they plow their vineyard rows by horse, a gentle practice that helps to eliminate undesirable weeds and aerate the soil. Grapes are harvested by hand, and are crushed by foot in ancient wooden fermenters, and then fermented on indigenous yeasts. Full-cluster fermentation helps the family build a “cake” of skins for their 130-year-old vertical wine press, a laborious process you can witness here (in French).Wines are aged either in tank (for the family’s Vin de Table Syrah) or in older French oak barrels (for their Saint-Joseph Rouge). Wines are bottled unfined and unfiltered. A pure Syrah wine from a vineyard high up on a cool plateau, above the appellation of Saint-Joseph. Lighter in alcohol but chock-full of flavor; this is the true essence of northern Rhône Syrah, with a touch of peppery spice and herbs, gorgeously layered and tangy black fruit flavors. 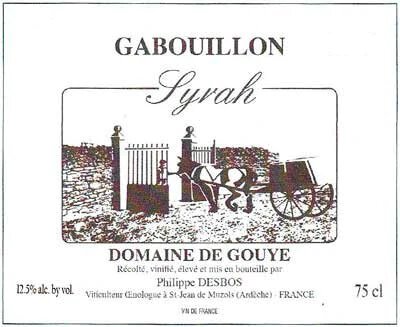 Saint-Pourçain, located due south of Sancerre in practically the perfect center of France, is one of the country’s oldest wine regions. Long ago, winemakers here crafted wines from rare grapes such as Tressallier for the tables of kings and gentry; yet locals barely escaped the ravages of phylloxera with but a few acres of vines. Diligent growers today, like the Nebout family, have long fought to bring back the winemaking traditions of Saint-Pourçain. Not only does the family cultivate some of the few remaining vineyards of Tressallier, but also they craft vibrant, light-bodied reds in a classic, perfumed style—very thirst-quenching. A fresh and fruity red wine, crafted in the style of ‘Passetoutgrain’ from Burgundy, this ‘Tradition’ is a delicious blend of Gamay and Pinot Noir. Cherry notes with a dusting of cinnamon spice; juicy and thirst-quenching.

Carso, or the Karst region, is a limestone plateau that reaches from northeastern Italy into southwestern Slovenia. In this breathtaking yet rustic corner of Italy, vines share space with wild forest and family farms. In the 1960s, winemaker Matej Skerlj’s grandfather opened an “osmizza” in their home village of Sales. In addition to offering homemade wine, he sold eggs laid by the family’s hens and homemade salumi. Inspired by the potential of their vineyards and eager to farm organically, Matej and his sister Kristina in 2004 started making their own wines from native grapes Terrano, Malvasia and Vitovska. There are wines that don’t just express terroir but scream it—the combination of limestone soils, influence of the sea and intense flavors of Carso’s native grapes is nothing less than awe-inspiring.
Vitovska is a white grape native to Carso, its home the rugged wilderness of this imposing limestone plateau between Italy and Slovenia. It is both light and weighty, bone dry and sensually ripe; there are few whites as alluring, as hard to pin down, as this wily grape. Lemon oil, almonds, wildflowers; white peaches and apricots flood the palate. Fermented on wild yeasts and aged in ancient barrels for two years, then bottled unfined and unfiltered. 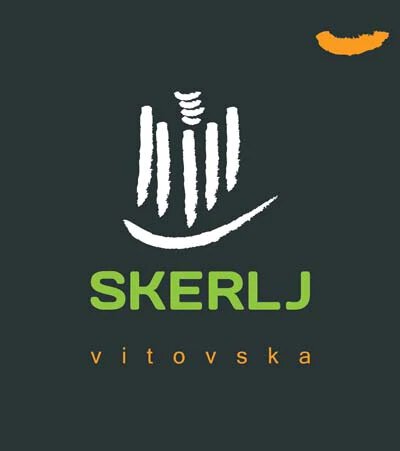 The family estate of Clos du Mont-Olivet is the collector’s choice for traditional, aromatic and age-worthy southern Rhône blends. This multi- generational estate was one of the first wineries North Berkeley Imports partnered with in the south of France more than 25 years ago; since then, the estate has come to symbolize both what we seek out in winemaker- partners and importantly, what we hold true and dear in great wine. Always elegant, aromatic and long-lived, these wines reflect not only the rich character of southern Rhône terroir but also the subtle, spicy personalities of the region’s native grapes. Clos du Mont-Olivet is “one of the great estates of Châteauneuf-du-Pape,” says the Wine Advocate. Aromas of black cherry, red plum, raspberry, baking spice, wild herbs. Medium-bodied, suave tannins, profound. 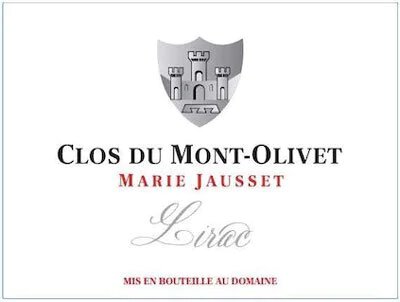