Chris Brockway came to call Berkeley home by way of Omaha, Nebraska, where he was born and raised. After graduating from UNO, he began working in restaurants around the city before decamping to the Pacific Northwest, where he developed an interest in wine. After a friend joked that he should learn how to actually make it, he packed his things and enrolled in winemaking courses at UC Davis. Broc Cellars sources an eclectic mix of grapes from all over California, working with vineyards as far south as Paso Robles and as far north as Mendocino. All of the vineyards are organically farmed and family-owned. Broc’s goal is to bring out the natural expression of each grape and his winemaking techniques allow exactly that.

“Vine Starr” is 100% Zinfandel grown mostly in Sonoma County, but this is not your grandmother’s zin. Fruit is destemmed before native fermentation occurs in 5-ton stainless steel tanks. After pressing, the wine ages for 10 months in French oak barrels. It’s left unfined and unfiltered, containing no added sulfur during its life or at bottling. Classic notes of black fruit and warm spice are carried by a lifted body while maintaining the soft texture typical of the varietal. The key here is balance, and this wine makes it look easy. Philippe Garrey is a 6th generation winemaker for the Domaine with a reputation for finessed, expressive Burgundian wines. In 2011, his estate became the first to be certified biodynamic in the Côte Chalonnaise, although his farming practices have been ecologically-focused since 2002. This means using only natural fertilizers and vine treatments such as infusions of chamomile and nettle, among many other specifications throughout the growing process.

His laborious care in the vineyards translates to the bottle in a way that is both classic and dynamic, familiar and fresh. This pinot noir is aromatic and lively. Expect black cherry and red currant, sage and eucalyptus, soft minerality and refined structure. 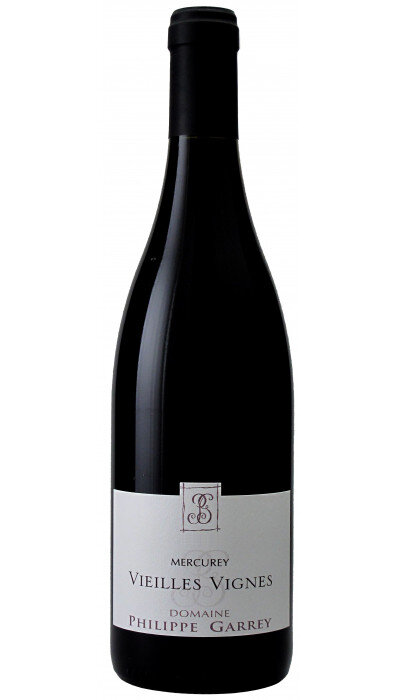 This Spanish blend showcases the complexity and power of Duero Valley terroir. The exact proportions are 88% Tempranillo, 10% Garnacha and 2% Albillo, but these percentages are subject to change each vintage. The fruit is biodynamically farmed from small plots in Piquera de San Esteban, Hontangas, Sotillo de la Ribera, and Fuentelcesped, all of which are in proximity to the Rio Duero. Wines are vinified by French winemaker Jérôme Bougnaud, a talented vigneron who has worked alongside Peter Sisseck to set a new standard for biodynamic practices in Spain.

Galia “Villages” is fermented with indigenous yeasts with some whole clusters and aged in various sizes of French oak barrels for 20 months. Its perfumed aromatics are full of flowers, wild herbs and spices. It’s medium-bodied and elegant with refined tannins, freshness, and perfectly integrated oak. 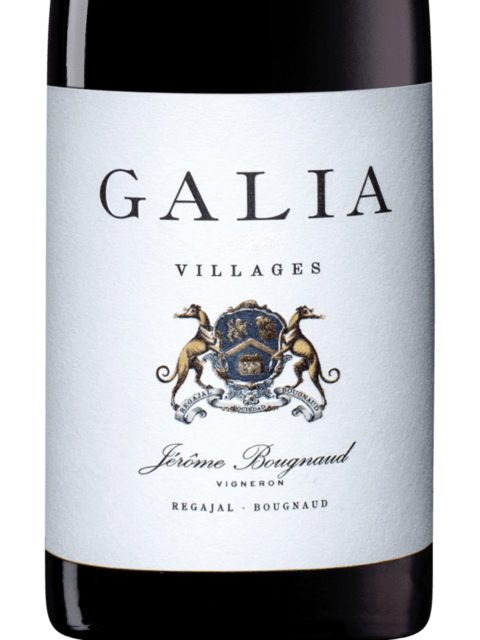 In just a few years under the direction of its new owner, this growth which has always been well-respected among Saint-Emilion’s great wines has become one of the appellation’s stars, leading Robert Parker to declare: “Château Monbousquet under Gérard Perse’s guidance is exceptional. Right now this growth is probably the most exotic and most sensual wine in Saint-Emilion, if not in all of Bordeaux.” Taking over a well-established Barolo estate at the tender age of 24 is an incredibly daunting prospect, but for Giulia Negri, the latest in a 150-year line of grape growers in the Langhe commune of La Morra, the challenge proved irresistible. After completing studies in management and biology, and fresh off an inspiring trip to Burgundy where she truly began forming her palate, Giulia returned to La Morra motivated to learn all the secrets to making fine wine in her native Piemonte. She started small, releasing microcuvées under her own label, before finally taking over the totality of vineyard management and production in 2014.

"Scorched earth, burned rubber and toasted nut aromas mingle with whiffs of spice. Austere and firm, the linear palate recalls sour cherry, blood orange, allspice and hazelnut framed in close-grained tannins that leave a rather grippy finish. Give the tannins several years to unclench, then drink sooner rather than later to catch the delicate fruit sensations." Kerin Okeef(W.E.)

David & Nadia Sadie are a married duo from Swartland, South Africa making refined, elegant wines despite being relatively new to winemaking. Both have traveled the world to gain viticultural experience everywhere from Australia to Bordeaux. Their first wine was released in 2010 while they were still employed at their previous jobs. By 2016, their time was fully committed to the cellar and it’s been a family affair ever since. Nadia manages the vineyard & viticulture, practicing organic and avoiding herbicides. Together, they’ve established one of the highest-regarded wineries in Swartland.

This bottle contains Grenache farmed from 4 different sites within Swartland, which extends along most of South Africa’s West coast. 60% of grapes were fermented and aged in 500L concrete vats, the rest in 700L French oak barrels for a year. After crushing the grapes, of which 60% were in whole clusters, the juice stayed on skins for 4 weeks before fermentation.

Tenuta di Valgiano is the gateway to a different Tuscany. The wines of Valgiano are true “terroir” wines—wines that once you taste them, inspire a feeling that you’re hearing an exciting new language. The estate’s 40 acres of vineyards are certified organic and biodynamic, protected by nearly 200 acres of forestland. Owners/winemakers Moreno Petrini and Laura di Collobiano would have it no other way—for them, the honest soul of Valgiano must be present in each bottle.

“Palistorti di Valgiano,” named after the crooked posts found at the end of each row of vines, is a blend of 70% Sangiovese, 20% Syrah & Merlot, 10% Ciliegiolo, Canaiolo & Colorino, all classic Tuscan varietals. The grapes are hand-harvested and fermented on indigenous yeasts in small, open-top wooden containers. Punch downs are delicate. It’s aged in older French oak barrels for 12 months, then in cement vats for another six months before bottling. Unfined and unfiltered, with minimal sulfur. 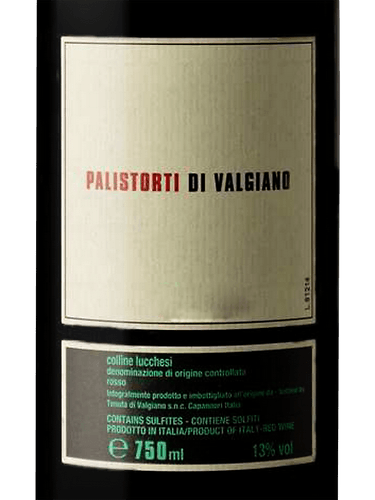 Domaine le Couroulu can be found in the Southern Rhone village of Vacqueyras, situated between Gigondas and Chateauneuf du Pape. Founded in 1928 and still owned by the Ricard family, they’re known for producing some of the most full-bodied Vacqueyras and other wines from their 20 hectares of old Grenache and Syrah vines. The estate is named for the Curlew bird, which is known in Provencal dialect as Couroulu: this bird is the signature emblem on the Domaine’s labels. Winemaker Guy Ricard, who represents the third generation, is one of the Rhone’s most passionate and pleasant personalities which are reflected in his generous and engaging wines.

The Vacqueyras Cuvee 2018 is mostly Grenache with ~25% Syrah while the remainder is Mourvedre, subject to change annually. It undergoes a (relatively long) 20-day maceration period and is aged in large oak casks for two years before bottling. Expect a robust and spicy palate featuring ample fruit, a rich body, and smooth tannins. 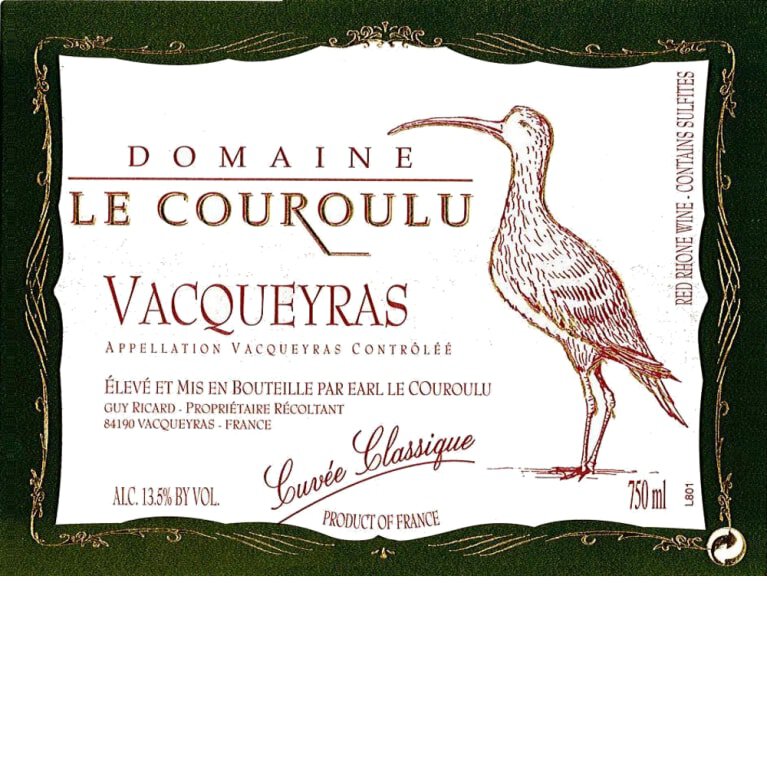